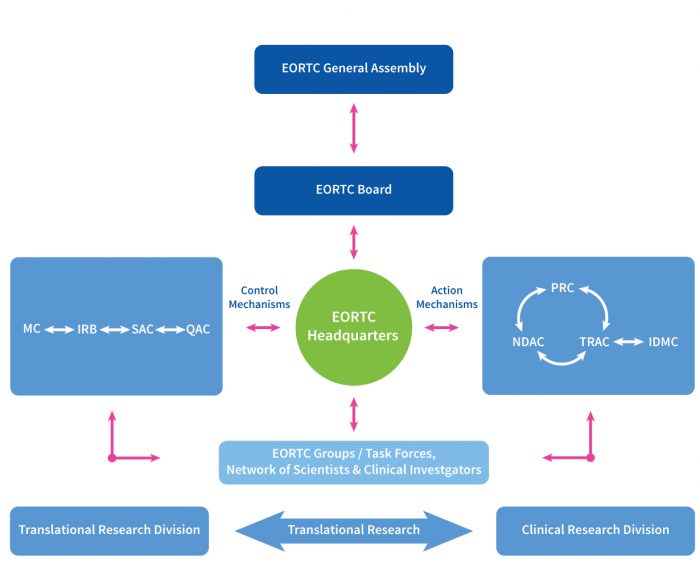 Several EORTC Committees oversee the strategy and the independence of the EORTC as well as the relevance and scientific value of all research efforts, to ensure the highest possible quality of scientific work. Each EORTC Committee Chair is elected to serve a three-year term that can be renewed upon the Board’s recommendation.

The EORTC Network is organised into 2 divisions the Clinical Research Division (CRD) and the Translational Research Division (TRD) composed of  groups of scientists and/or clinicians, each with a specific area of interest in cancer research. These groups conduct translational research and/or clinical trials on all types of cancers using a multidisciplinary approach, working according to compatible Standards of Conduct and in compliance with the organisation’s statutes.